According to Jason Aaron in his recent newsletter (Beard Missives #7), things could’ve turned out very differently for the start of his career had DC Comics/Vertigo Comics accepted one of his other pitches.

“I first pitched what would ultimately become THE GODDAMNED in 2005, as GOD DAMNS, in a group of pitches I sent to Vertigo, along with SCALPED. A pitch that included some no doubt super enticing lines, like “GOD DAMNS is a unique take on subject matter rich enough to last at least as long as it takes everyone involved to be struck dead by lightning” and “It’s the book I was born to write, whether or not it damns me to hell.”

The pitch didn’t get traction at the time (Vertigo actually already had a Bible series about to start. What are the goddamn odds of that?). But the idea kept simmering away on the stove inside my head. And when r.m. Guéra and I finished our sixty issue run of SCALPED, a new series about the Bible seemed like the perfect next step for us. From the dudes who brought you SCALPED comes the Book of goddamn Genesis.”

So imagine THE GODDAMNED at Vertigo and SCALPED at Image circa 2006. That would’ve just made too much sense and we all know life doesn’t 😉 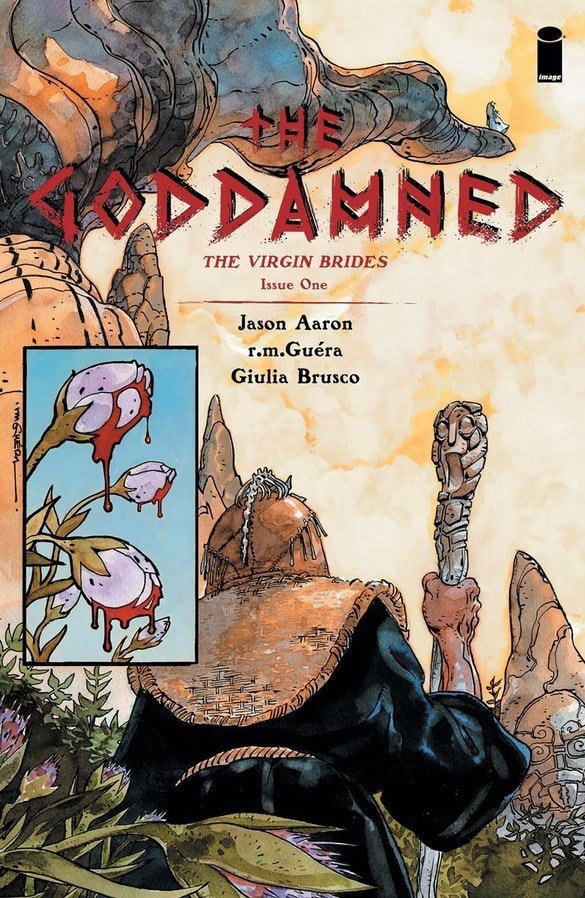